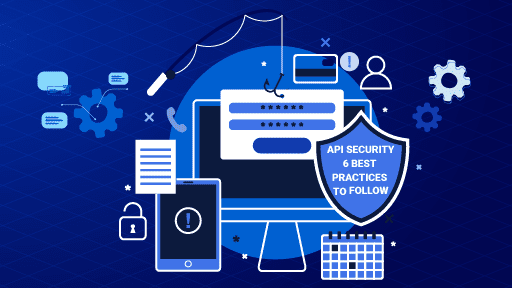 According to a recent report published by Microfocus, API vulnerability issues will be doubled in the next 4 years. Today’s businesses are constantly using APIs for better products and services, customer service, and competitive differentiation. API adoption is increasing due to its feasibility of connecting services, data transfer, and the smooth operation for any application. Apart from the adoption, there has been a serious concern in the cybersecurity industry about rising attacks on APIs. And this in return, is causing trouble for online businesses. API security is the need of the hour.

API security should focus on various strategies and solutions that complement the business logic while understanding the security vulnerabilities for better risk mitigation. For this, firms need to be aware about the optimal security practices that should be followed all-year round along with periodic testing. A comprehensive framework such as OWASP penetration testing can also help you test your APIs in a better way.

Along with regular testing and updates, the crucial complement of the API security testing approach is following best practices for ensuring zero vulnerabilities. Here are a few tips and strategies that can be followed:

One of the necessary aspects for ensuring API security, any data that interacts with an API, especially personally identifiable information (PII) of your customers, should be encrypted. This is in accordance with the different compliance standards and regulations of the industry along with ensuring that your business isn’t compromised by hackers.

Encryption of data should be implemented both in transit and at rest so that hackers are not able to access it even when the system is compromised. Encryption for the data in transit can be done using Transport Layer Security (TLS) and ensure that signatures are only accessible to authorized users who wish to modify and decrypt the data on your API.

2.Look out for vulnerabilities

Proper API security can be implemented only if there is constant supervision for vulnerabilities that may pop up during different parts of the API lifecycle. If your firm handles different APIs at once, it can be a difficult procedure to monitor all of them at once. Look out for the vulnerable portions of each API lifecycle from the beginning as a software product, through planning, development, testing, staging, and production. You can prepare for an API penetration testing strategy to discover such vulnerabilities in your API endpoints and integration.

APIs are frequently becoming the targets of Denial of Service (DoS) and brute force attacks. The solution to this lies in setting rate limits on the method and frequency of API calls for protection against such attacks as well as peak website traffic which could affect performance along with security. Rate limiting also works on regulating user connections by setting limits on access and availability.

API security should also focus on access control for proper user authentication and authorization according to the credentials. API access can be controlled and regulated through OAuth that works on verifying tokens. The tokens are for providing authentication for the authorized users and third-party services without risking security breaches or data losses.

Service mesh technologies function similarly to API gateways by looking at various layers of management and control when transferring requests for services from one server to the next. Service meshes ensure their smooth operation and ensure proper authentication and authorization controls along with other security barriers. They are important as the number of microservices increase since API management is now focusing on the service communication layer. The meshes will make sure that automation and security services are included within the large deployment for several APIs at once.

As networks become increasingly connected to third-parties and other networks, there is no assurance of security and protection of data since there are no perimeter restrictions. Insider threats, lack of implementation of best practices and proper awareness, and legitimate users accidentally exposing vulnerabilities are a part of the new reality. Public APIs need to be especially concerned about such matters since the number of users is high, thus demanding a high security for the internal components and sensitive data.

API security should equally focus users, resources, and assets apart from just their location. This will ensure the proper implementation of authentication procedures for users and applications regardless of the perimeter. Steps should be taken to only give least privileges according to the access needed to perform a specific job role while monitoring for suspicious behavior.

After an insight into the kind of practices to be followed for ensuring optimal API security, it’ll be helpful to look into certain API security testing tools that can help you out during the testing process. But before initiation of the testing, always make sure you scope your testing:

It’s an API development platform that allows for the automation of manual API tests and checks the API performance through the responses and endpoint behavior.

This is an API functional testing tool that allows you to reuse existing load tests for functional tests and provides the source code to build your desired features.

It’s equally important to know the day-to-day practices for ensuring API security as it is to conduct regular testing. Always make sure that you’re updated and informed about the latest updates for a better API security strategy.

Why Threat Intelligence Matters To Your Organization?
Tips for Developing Your Ransomware Strategy
The Advantages of Continuous Cybersecurity Monitoring
Important Trends in Cybersecurity