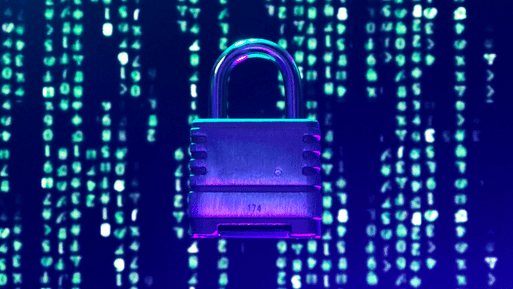 The cybersecurity industry is an ever-evolving landscape wherein businesses struggle to keep up with the dynamic security and cyber-threat landscape. Due to unprecedented events such as the COVID-19 pandemic, evolving IoT landscape, and the newly evolved techniques of sophisticated cybercrimes, businesses are grappling to deal with the growing cyber threats.

This especially stands to be true, particularly in recent years, where we have witnessed significant alterations introduced by businesses in the IT infrastructure in an effort to address the dynamic threat landscape. Threat actors and hackers often take advantage of such changes in the environment, and uncertainty of events. Targeting attacks, the hackers exploit vulnerabilities in the newly adopted security strategies, remote access, and cloud computing operations.

It definitely works out to be a daunting task for the security team to keep up with the growing attacks that are new and sophisticated in technique. Threats such as Ransomware, IoT threats, Supply Chain Attacks, Cloud Vulnerabilities, and Multi-vector Attacks have been increasingly impacting millions of businesses including large-scale businesses like Nvidia, Toyota Suppliers, Accenture, Acer, Apple, and Amazon to name a few. Today, we see a huge spike in the number of attacks and severity of cyber crimes prevailing in the industry.

Experts are predicting that global cybercrimes are going to increase and the cost for it is said to reach $10.5 trillion by 2025 which would be nearly up by 15% from $3 trillion in 2015. Being a part of this industry for more than two decades I strongly believe, understanding the evolving threats and proactively adapting to situations, and building strong measures is the key to preventing cyber-attacks. Covering more of this in detail, we have today in this article discussed some latest trends in the cybersecurity industry including the cybersecurity threats, the latest technology, measures, and challenges in 2022.

Cyber-attack is a series of malicious activities performed by threat actors or hackers with the intention to gain access to confidential and sensitive data or launch an attack with the intention to compromise systems and networks. Hackers adopt various techniques such as phishing, ransomware, malware, and/or social engineering tactics to commit cybercrime. Speaking of the year 2022, the below-given list of threats, top the rank when we list out the top cybersecurity threats in the year 2022.

Speaking of the IoT industry, there are no security standards or regulation that governs the way any developer or manufacturer builds a robust security measure around the device and/or network through which they access the cloud. While there are security best practices for secure usage of IoT, yet with no binding regulatory forces in place, there is no assured implementation of best practices and measures to prevent IoT threats. So, Cyber Attacks that are targeted toward an IoT device or network can be considered IoT threats.

The most common IoT threats that have been on the rise and should be addressed include IoT botnets, IoT ransomware, DNS threats, shadow IoT devices, and IoT physical security are some of the rising IoT threats in the industry that should be addressed. Exploiting the vulnerabilities in the IoT devices and network, the hacker can steal data or even infect the network to execute DoS or DDoS attacks.

The ransomware threat is probably the most common cyber threat prevailing in the industry. It is malware that either exposes or limits access to data or systems by encrypting the data or system functionality in general. While there are many strains of ransomware malware, some of the popular ones that have had a global impact include WannaCry, Cerber, Locky, Ryuk, Petya, NotPetya, and Cryptolocker to name a few. Cybercriminals often demand for monetary benefits in exchange for releasing systems or data with limited access.

Businesses are increasingly moving towards adopting cloud and cloud-based services. So, this becomes the primary attack vector for an initial infiltration into an organization. Some of the most common cloud vulnerabilities or threats include the compromise of cloud consoles, compromise of cloud servers, container exploit by exploiting misconfiguration, and hybrid or multi-cloud attacks to name a few.

Application Programming Interface (API) is slowly gaining mainstream popularity in the software industry. However, the use of insecure API is resulting in attackers exploiting and leveraging the vulnerability. Threat actors are exploiting API vulnerabilities and configuration weaknesses that facilitate bypassing all security controls are resulting in the compromise and hacking of systems.

Remote service threats are attacks wherein the hacker exploits vulnerabilities in external remote services like Microsoft’s Remote Desktop Protocol (RDP) or Windows Server Message Block (SMB). Such services are usually vulnerable in a way that they are often misconfigured or not updated which provides an opportunity for criminals to exploit. Criminals get direct access to networks and systems that can be compromised. These types of attacks are rapidly growing and are also predicted to continue growing over the coming years.

With AI now taking the mainstream in most industries and businesses, there is also a growing threat of increased AI threats staring at the industry. Some high-level risks and threats of AI technology include lack of privacy, lack of transparency, lack of security governance and mandates, biased algorithms, etc. all of which can have a huge impact on business and pose a huge cyber threat in the industry. Currently, the poorly regulated use of AI is a major threat to the industry from a security standpoint as there is no governance and regulation to implement security measures in the design and use of technology.

Multi-Factor Authentication is an added layer of security to any system and network. Currently, the industry is witnessing an increasing level of adoption of this security technique in most organizations. In fact, this technique is also outlined as security best practice in various international regulatory and payment standards like PCI DSS, GDPR, HIPAA, etc. MFA ensures organizations can enhance data security and control access.

Least Access Privilege is another popular and growing strategy adopted by most businesses that are bound by various regulatory and compliance standards. Often excessive privileges granted are seen as a huge security threat to organizations. Administrator-level permissions granted which include unrestricted access and potentially privileged accounts often result in unauthorized access which is a huge threat to an organization. These excessive permissions results in security incidents and breach. So, the least access privilege strategy is adopted by most of organizations as a best security practice and also as a mandate in most regulatory and compliance requirements that have also resulted in the development of the concept of the zero trust security model.

AI is now being increasingly adopted in the cybersecurity industry for tracing patterns, behaviour, and predictive activities within systems and networks to detect anomalies in systems and applications. The technology is harnessed to protect systems and establish security within the IT infrastructure of an organization. While we have witnessed the use of AI in financial services for fraud detection, it is now slowly being adopted in the cybersecurity industry for building a robust security solution for tracking monitoring, and altering unauthorized access, compromise, and other such anomalies in processes and operations within the IT Infrastructure.

For this, being abreast with the latest technology, cyber security trends and cyber threats is important for all businesses. Moreover, following the best security practices and IT hygiene is also crucial. With infrastructure security being so significant for an organization today, it is strongly recommended that organizations have in place a team of skilled and experienced cybersecurity professionals to address cybersecurity concerns. Further, we also strongly recommend investing in the best technology to build a stringent security system within the organization and ramp up the security game.