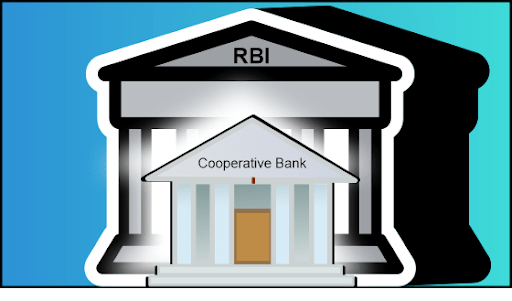 The Indian Banking Industry has drastically revolutionized and achieved new heights with the changing time. The Banking industry is significantly moving forward to support one of the most vibrant economies of the world i.e. India. To strengthen the sector and boost the economy of the country, notable changes have been introduced in the policy and regulations of the banking sector.  These changes include prudential norms, revitalization of payment mechanism, and integration of regulations between commercial and co-operative banks. The recent Government ordinance passed brings cooperative banks under the RBI supervision, thus introducing structural changes in the co-operative bank. Let us understand the reason for passing such an ordinance and its impact and implications to the banking industry.

In a move to boost banking customer’s confidence, the Union Government decided to bring all the Urban Co-operative banks and Multi-State-Co-operative Banks under the RBI’s scrutiny. The Union Minister Prakash Javadekar in a virtual press conference on Wednesday, 24th June 2020 announced that the Union Cabinet has approved the ordinance. With this notable decision, 1,540 cooperative banks come under the RBI’s supervision. Prior to this landmark decision, the banks were under a dual regulation of the RBI and the Registrar of Co-operative Societies. The said decision came in the wake of several incidents of fraud and serious financial irregularities that surfaced recently, including the major PMC scam last year. India currently has 1540 urban cooperatives and multi-State cooperative banks, which have a depositor base of 8.6 crores, and saving worth almost ₹4.84 lakh crore. The scheduled co-operative banks of the country will come under the supervision of RBI with immediate effect from the date of the President’s approval on the ordinance.

Impact of the decision

Implications of the ordinance passed

Reasons for passing the ordinance

Cooperative banks have for long been a weak link in the financial system. This is plainly because of the lack of adequate supervision on banks. While RBI has been regulating and supervising the financial operations of the banks, the primary operations were under the supervision of the Registrar of Societies. However, after several fraud cases surfaced, especially the recent Punjab and Maharashtra Cooperative Banks fiasco last year that left a lot of people distressed, the Union Cabinet in February amended the Banking Regulation Act to strengthen and bring in transparency in the operations of the Cooperative Banks. The decision was taken in view to strengthen regulatory policies and improve the accountability of these banks which hold public money.

Now, with the new amended Banking Regulation Act, banks that would report directly to the RBI shall also be expected to strengthen their cybersecurity requirements. Taking into account the increasing number of hacks over the years,  (hacking incident of the Kolhapur Urban Cooperative Bank or malware attack on the server of Pune-based Cosmos Bank.)  Co-operative banks that now come under the scanner will need to tighten their Information Security systems. Here is when we at VISTA InfoSec comes in the picture to help banks strengthen their Information security stance through our effective InfoSec services.

How can we at VISTA InfoSec help?

VISTA InfoSec is purely a vendor-neutral Infosec Solution Consulting company, offering services to its esteemed clients for the past 16 years. By Vendor neutral we mean, the company is totally product neutral, involving no product sales unlike most other companies who push their products for sale to clients after an audit. Having been in the industry for more than a decade, serving top multi-national companies with reliable and efficient Infosec solutions has today made us the most preferred choice in the industry. We work as an extension of your team, by collaborating with your internal IT team and direct your organization with the right Infosec solutions.  Not just that, we guide you in implementing the solution recommended for achieving Compliance and strengthening your Information Security Systems.  With us by your side, you can be rest assured of being Compliant as per the Regulatory norms set by the Regulatory Governing Body of your industry. For more details, you can visit our website www.vistainfosec.com or drop us a mail on info[at]vistainfosec dot com

You can Watch our webinar on : RBI Guidelines – Cybersecurity Framework for banks