Google face lawsuit in U.S. for tracking private internet use 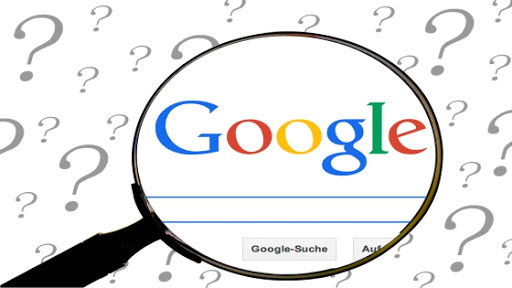 In the recent years, data privacy lawsuits have been made more stringent than ever before to protect the rights of individuals over the use of their personal information.  With many top governing bodies having brought into effect stringent law suits against those who breach the privacy law are heavily fined and brought to task. The tech giant Google found itself in a soup over a similar lawsuit on 2nd June 2020.

Google, and its parent company Alphabet Inc was accused of invading the privacy of millions of Americans through a data breach. The $5 billion law suit field in California alleges that the tech giant collects user data by tracking the activity of the user on the web even when on a Chrome Incognito mode, through Google Analytics, Google Ad Manager and website plug-ins.

What is an Incognito Mode?

Incognito is a privacy feature offered by some web browsers allowing users to browse through without having the data and history associated with a particular browsing session to feature on any device, or being discovered by another user of the same device at a later stage.  Google Chrome Incognito is a similar feature that states the same.

Browsers typically use the incognito mode assuming that it’s safe as their search history isn’t being tracked. Having stated that, the petitioner has alleged that Google collects private data even as the users is under the impression that their data is not tracked and that their action amounts to misrepresentation. Allegedly, Google collects the data through Google Analytics, Google Ad Manager, website plug-in and such similar applications as per the compliant. The petitioner alleges that the search engine giant has violated the Federal Wiretap Act and the California Invasion of Privacy Act.

As per the Federal Wiretap Act, the law prohibits the intentional or purposeful interception, disclosing or using content of a wire, oral or electronic communication. While, the California Invasion of Privacy Act prohibits recording any private communication without the consent of the individual, thereby safeguarding and maintaining the privacy of individuals.

The lawsuit filed against Google and its parent company Alphabet Inc seeks at least $5 billion. As per the complainant the proposed class of lawsuit may include “millions” of Google users and is hence looking for damages of at least $5,000 for each individual. Using the lawsuit of the Federal Wiretap Act, which provides its users the right to sue if their private communications are intercepted, to penalize Google for data privacy invasion.

Google in its defence on the allegation

Google, in its response to the allegation has denied it stating that it has been upfront in disclosing that the data of the user could be collect by the website whenever the user opens the website in the incognito mode. The spokesperson of Google Jose Castaneda stated defending their stance that “As we clearly state each time you open a new incognito tab; websites might be able to collect information about your browsing activity during your session.” Having said that the search engine giant plans to defend itself in the court of law over the Google lawsuit, since the company does state clearly in its terms that the Google Incognito search mode does not hide information from the websites that you visit.

The Google Lawsuit clearly highlights the fact that Data privacy lawsuit needs an overhaul in its policies, to make the lawsuit stringent and further make the bigger companies accountable for their actions.  While users may view private browsing as a safe haven from watchful eyes, it appears the incognito mode in Google Chrome isn’t as private as you thought. So, coming to the question does google track private browsing? Well with this backlash of Google facing a $5 billion lawsuit for enabling data collection in the incognito mode, it clearly underlines the fact that the company is still collecting data when you are using the incognito mode through Google Analytics, Google Ad Manager and website plug-ins. While the Google Incognito mode does remove traces from your browsing history, however, Google may still have information on everything that you do using the incognito mode.